The Netflix invasion into gaming continues to ramp up. Just this year alone, we’ve learned about several games getting shows on the streaming platform. Big-hitters like The Witcher and Cyberpunk: Edgerunners are expected to rake in the views, while others like The Cuphead Show, Dragon’s Dogma, and Splinter Cell will definitely have their niche audiences tuning in. Now, we can add one more to the list. The Hollywood Reporter just revealed another collaboration between Ubisoft and Netflix; this time to bring a Beyond Good & Evil movie to the screens.

Combining both live-action and animation, the Beyond Good & Evil movie will be headed by director Rob Letterman. He was also responsible for Detective Pikachu. Working alongside Letterman will be Ubisoft’s Jason Altman and Margaret Boykin. Writers still need to be sourced for the project though, which confirms the Beyond Good & Evil movie is still in its early days of development. However, Netflix is definitely staking their claim when it comes to video games crossing the divide. 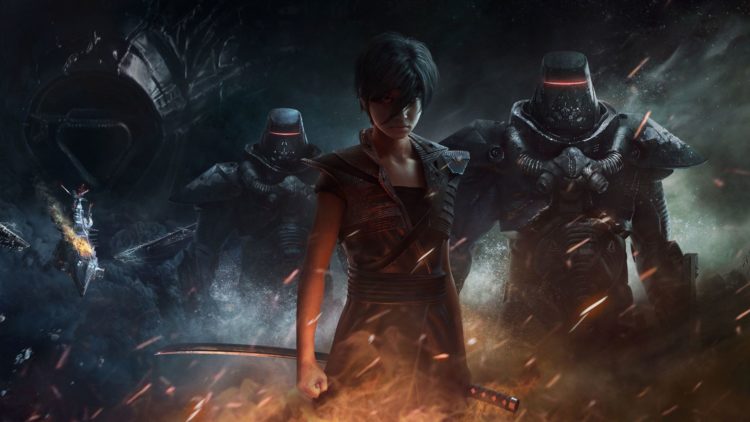 For those unfamiliar with Beyond Good & Evil, the game launched in 2003 on PlayStation 2, Xbox, GameCube, and PC. The game was the product of Rayman creator Michel Ancel, and starred a young photojournalist named Jade. She lived on a remote mining planet that was suddenly besieged by alien invaders. Jade then joined the underground resistance movement to unravel the mysteries behind the attack. Not long after, she learned that the military forces on the planet were in cahoots with the invaders. The game was not exactly a commercial darling, but soon found cult status among fans.


Currently, a sequel is in the works, and was shown off during Ubisoft’s presentation at E3 2017. Unfortunately, little else has been shared about the project since then. However, with a Beyond Good & Evil movie coming out, interest is sure to peak for the sequel, one way or another.

I have a feeling collector’s haven’t seen anything yet in terms of stuff selling out fast. Spawn is coming back to Walmart, and this...
Read more
Gaming

Hot on the heels of yesterday's announcement that those playing Marvel's Avengers on PlayStation platforms will be the only ones able to add Spider-Man to their...
Read more
Gaming

Call of Duty Warzone has grown rapidly since its release in March. The free-to-play, standalone title is the first of its kind for the...
Read more

Given that Tony Stark died using the Infinity Gauntlet to wipe out Thanos and his forces in Avengers: Endgame, I suspect that Victor von...
Read more

Students in Indian-administered Kashmir have missed most of their school year due to the fact that the troubled region has been almost in endless...
Read more

The Walt Disney Company reported doomsday financial results on Tuesday as a result of the coronavirus pandemic and a television-related write-down, with net quarterly...
Read more

Is it time for Jeff Bezos to hire his parents to run the Washington Post? That was the suggestion...
Read more
Load more