Giving out content that is better than most blockbuster hits, Indian small screen has consistently been churning out web series and originals that have come of age stories and path-breaking performances. Having fresh, bold, and intriguing characters with memorable dialogues, audiences are enjoying a plethora of binge-worthy shows you can stream on various platforms like Amazon, Netflix, and Hotstar. Here are some exciting dialogues that have gone viral that won’t be easily forgotten by the audience.

1. Sacred Games: Kabhi Kabhi Lagta Hai Apunich Bhagwan hai
Often compared to Game of thrones, this line is from the show Sacred Games which marked the revolution for the Indian small screen as it was the first Indian Netflix show—spoken by the lead Ganesh Gaitonde, who is played by the stellar Nawazuddin Siddiqui. This one is almost synonymous to the success of the series. The viral dialogue is remembered mainly because of Siddiqui, who brilliantly nailed the delivery with his effortless demeanour.

2. Mirzapur: Shuru majboori mai kiye the, ab maza aaraha hai
Delivered by Ali Fazal, this witty dialogue from Mirzapur became a social media rage for its multiple meaning potential. A perfect blend of violence and dark humour, this Amazon Prime original revolving around crime, deceit, guns and gangsters gave Sacred Games a run for its money. The masses highly appreciated the show for its on-point punchlines and gripping storyline.

3. Sacred Games 2: Balidaan dena hoga
This hard-hitting line from Sacred Games was said by Pankaj Tripathi’s character (Guruji) in the show which played a vital role in season 2. Powerful yet subtle, Guruji’s impactful dialogues brought a fresh flavour to the show with a calming deviousness which kept the audience on the tip of their toes. The line became an instant subject for thousands of memes right from the moment it aired during the trailer much ahead of even realizing that it was a crucial moment in the show’s storyline.

4. Aarya: Pehle dhanda mard sambhalte the ab bache nahi
Sushmita’s Sen’s much-awaited comeback did not disappoint as Aarya delivered its audience a binge-worthy story about a fearless woman and mother who is willing to go to any length to protect her family. Performed with awe-striking ease, this dialogue by Sushmita Sen struck a chord with the audience as it proves once again that women can be fierce and unstoppable if and whenever they desire. You can watch this engaging show on Hotstar plus. 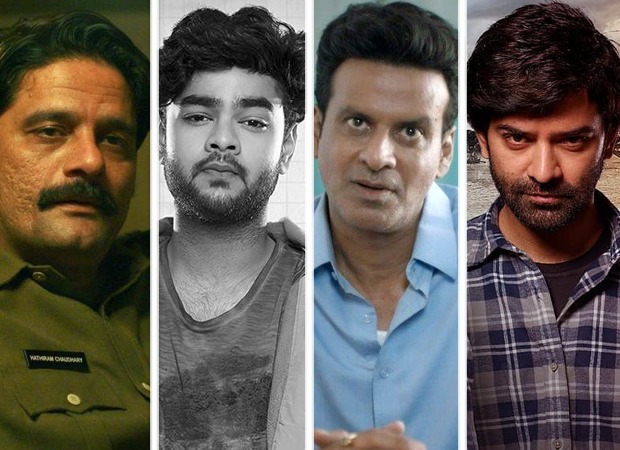 dialogue with lighter situations and made it a comedy fest. The edgy performances and sharp script make the show a worthwhile watch on Amazon prime.

6. Kota Factory: Maa Baap ke decisions galat ho sakte hai, unki niyat nahi
This dialogue from India’s first black and white web show, Kota Factory was said by Uday Gupta played by Alam Khan. Many people have regarded it as one of India’s best web series, particularly for its highly relatable and real content. Among the several heartwarming dialogues from the show, this line is used as a meme template for various contexts and trended all over the internet for quite some time. If you have missed out on this show, you can get a hold of it on TVF Play.

7. Family Man: Ab zinda rehne ke liye bacha hi kya hain
A fan favourite, this dialogue by Manoj Bajpayee in Family Man won many hearts as it brought to life memes which left everyone in splits. Superbly portraying the middle-class man who is an undercover cop, the show is widely credited for Bajpyayee’s performance along with the rest of the cast. A mix of drama, thriller, comedy and action you can watch this series on Amazon Prime.

8. Asur: Peeda se bada shikshak aur koi nahi hai
This dialogue from the web series Asur translates to ‘suffering is the greatest teacher’. It is one of the most iconic lines from the show which stars Barun Sobti and Arshad Warsi in the lead. An underrated psychological thriller, the performance is praised for its brilliant usage of mythology which is nicely woven into the storyline. The show has surprisingly won over the hearts of the audience with its memorable dialogues which make the show so unique. The web series is available on Voot Select.

We are sure there are many more dialogues from series that have gone viral and connected with you. We have listed out some of ours if you have any of your favourites let us know in the comments below!

Actor Deepti Naval, best known for her roles in Chashme Baddoor and Nadiya Ke Paar among others, was recently admitted to...
Read more
Bollywood

Kartik Aaryan’s new look post the lockdown has been making a lot of buzz on the internet. The beefy...
Read more
Bollywood

Bollywood actors Pulkit Samrat and Kriti Kharbanda have been dating each other for quite some time now. During the lockdown...
Read more
Bollywood

As a part of the content extravaganza that Zee TV is offering its viewers in the festive month of October,...
Read more
Bollywood

Actor Deepti Naval, best known for her roles in Chashme Baddoor and Nadiya Ke Paar among others, was recently admitted to...
Read more

Amnesia: Rebirth — How to get all the endings

Upon reaching Amnesia: Rebirth‘s Tower stage, you’ll be able to make a crucial decision. This will lead to the game’s endings. Note: For more information,...
Read more